For our last day off as Cast Members, Chloe and I did the Four Parks, One Day Challenge. You guessed it, we did all four parks in one day. It’s been on my bucket list all year!

There are lots of different versions of this challenge but we went with the standard icon photo, character, snack and attraction in each park. We didn’t include shows as attractions for this, we just did rides. We also unofficially used each method of Disney transport when travelling between parks!

We arrived at about 10:30am and chose this as our first park as it is the furthest out. We were there for less than 2 hours… smashing this challenge so far!

We got the Disney bus to our second park and, again, we were only there for a couple of hours. We met Minnie AND Mickey as they are in the same meet and greet, and we’d already met Goofy in Animal Kingdom, so we decided that we would try to meet the ‘Sensational Six’ throughout the day.

Icon: Tower of Terror (much to my disgust) 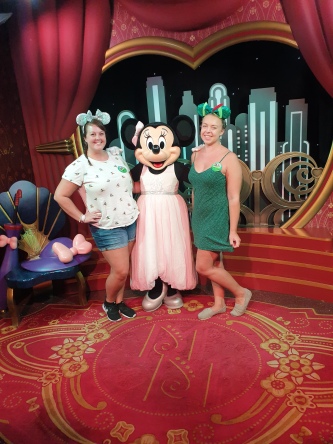 We got the boat to Epcot and arrived at around 4pm, so we had plenty of time to finish the challenge! We were feeling so tired by this point…

We got the monorail to our last park of the day. We met Pluto and Daisy Duck to complete the ‘Sensational Six’ and completed the challenge by 7:30pm! I didn’t expect to feel so exhausted but it had been a busy day. We even stayed to have dinner at Casey’s Corner and watch Happily Ever After.

Character: Pluto (Daisy as a bonus) 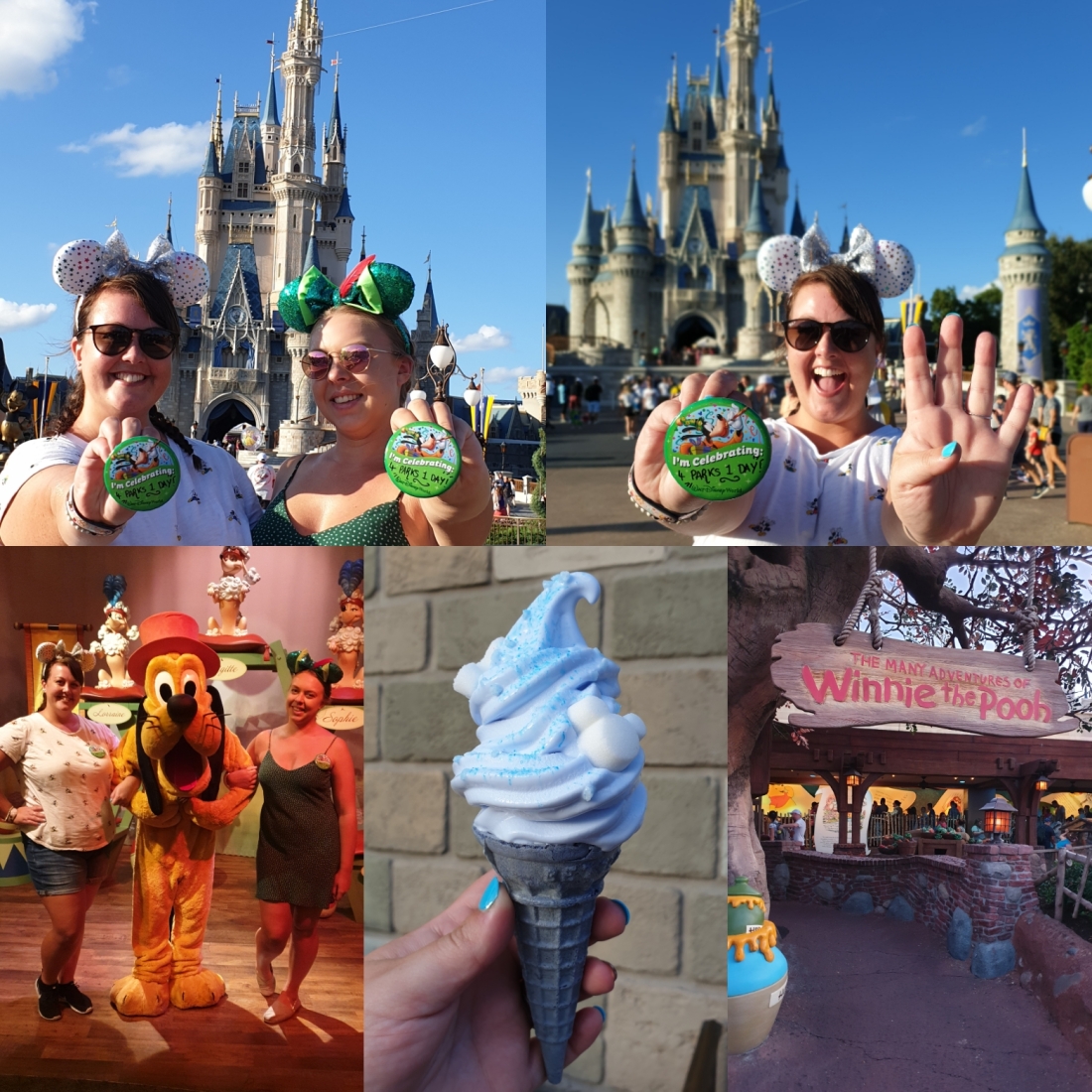