We had a day in Islands of Adventure and Universal Studios today. We started with The Hulk coaster, got soaked on the water rides, did the Kong ride then Harry Potter and the Forbidden Journey. Hannah and I got frozen Butterbeer then we got the Hogwarts Express over to Universal and did The Mummy ride. 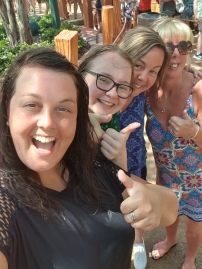 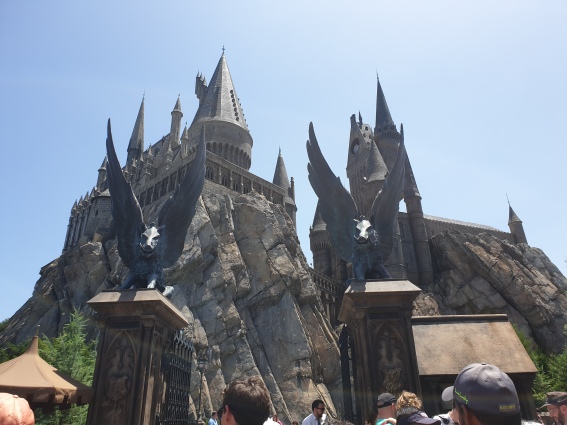 We finished the day with a meal and cocktails at Hard Rock Café. It was such a lovely meal and one of those moments where I felt particularly happy and content. 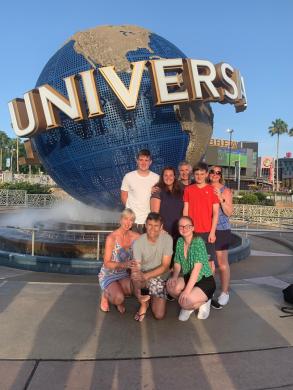 As we had dinner quite early, the parks were still open so some of us decided to go back into Universal and do Rip Ride Rock-It… probably not the best decision after a big dinner but it was so much fun!

We had a much needed day of doing nothing today. The thing about a holiday like this is you need to have rest days scheduled in otherwise it’s just not possible without getting really burnt out, especially with all the walking and the extreme heat.

We spent the day by the pool at All Star Sports then we all met up and did the Hoop Dee Doo dinner show in the evening which was lots of fun. 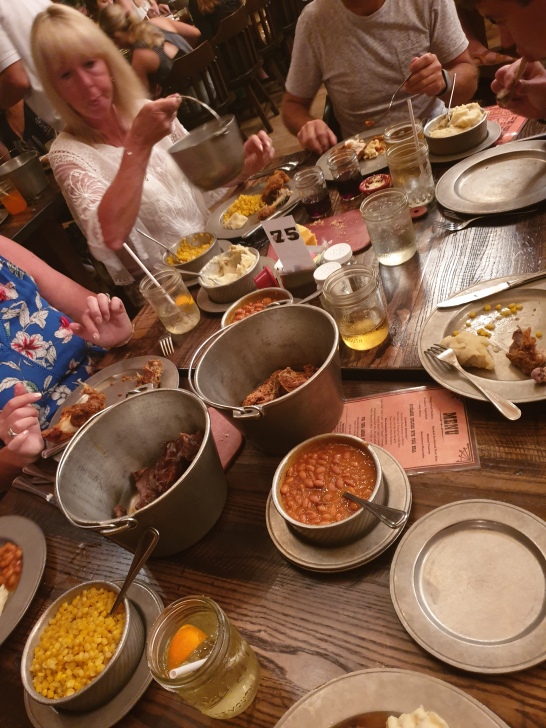 Mum and Chris did their own thing today and I went to Volcano Bay water park with the rest of the family. I didn’t take any pictures because I obviously didn’t carry my phone round with me but it was a really fun day. We spent some time on the lazy river which isn’t so lazy when your youngest cousin is steering you round and trying to tip you out of your tube every 2 minutes! Thanks Josh…

I stayed at their villa that night and we had a lovely dinner and played good old Uno.

Sadly my auntie had a migraine today so stayed at the villa to rest. Everyone else had different plans so I spent some more time by the pool at the hotel. It was good to have some me-time, reading my book and listening to music in the sun.

Once mum and Chris were back, we headed to Magic Kingdom to watch Happily Ever After again and stopped for some treats on the way out!

We spent the morning in Epcot doing some rides before I had to go to work. It poured down as I got there so the family came to shelter in the pub. It was nice to be able to chat to them when I had a moment.

They spent the rest of the afternoon in Epcot while I worked, then I went back to housing to sleep as I had to be in work early the next day.

I started work early for a tea experience but I was able to leave after that because it was quiet! That meant I could spent the rest of the day with my family, hooray! The boys were playing Top Golf so I met the girls at the outlets and did a bit (a lot) of shopping…

After an afternoon nap, we all met at Epcot to have dinner at the Rose & Crown after rocking out to the band that plays in the UK Pavilion, British Revolution. Dinner was delicious as usual, not that I’m biased, and we watched IllumiNations. 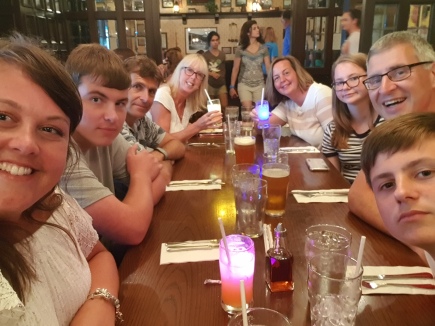 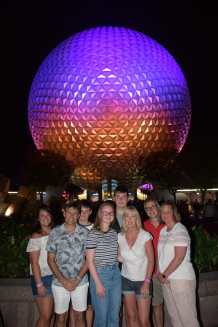 Another water park day and my first time at Blizzard Beach this year. This lazy river was also not so lazy (thanks Josh AGAIN) but it was a fun day. Robert and I also shared a literal bucket of ice cream (think bucket and spade) with Robert so actually it was a GREAT day. 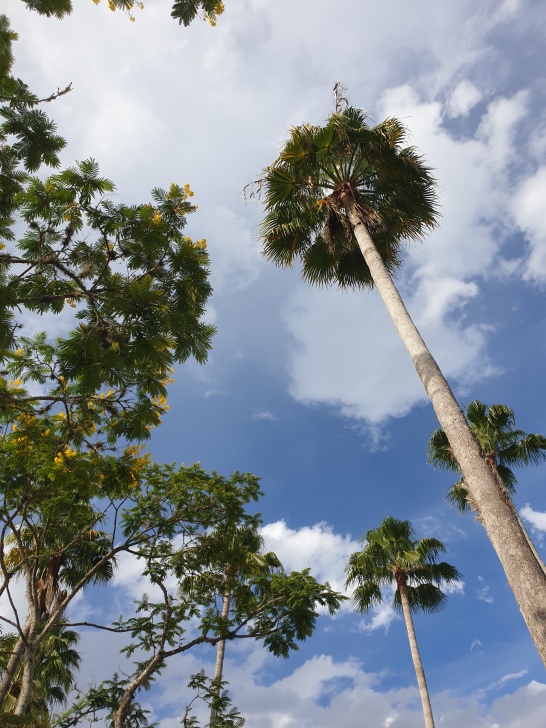 After not enjoying Summit Plummet (the enormous drop slide) several years ago I gave that one a miss but I did the Slush Gusher next to it. Turns out that it was just as bad because of the slopes, your body lifts off the slide as you go down and its so fast. I did not enjoy it.

We wanted to play mini golf in the evening but it was shut because of a storm. We got McDonald’s for dinner instead!