After a weekend of work, I was back with my family and we spent today in the land of Hollywood. We got a lot done considering how busy it was, though we didn’t do Rock ‘n’ Roller Coaster as I couldn’t get Fastpasses and it was a ridiculous queue all day. While Dad and the boys did Tower of Terror, Mel and I sat in the sun drinking cocktails. We were the real winners!

We did all the shows, too. My highlights were meeting the cast of the Indiana Jones Stunt Spectacular (the stunt man makes my enormous brother look tiny!) and seeing the Frozen Singalong (same brother lost his sh*t at the end… I have a video of him screaming, “IT’S THE REAL ELSA! IT’S SNOWING!!!!!”).

For dinner, we did the dining package for Fantasmic! and had a lovely meal with decent seats for the show later. I also beat Matt on Toy Story Mania (I also got best in vehicle… but who’s counting?). After wandering round the new Incredibles and Cars areas, it was time to see Fantasmic! again. 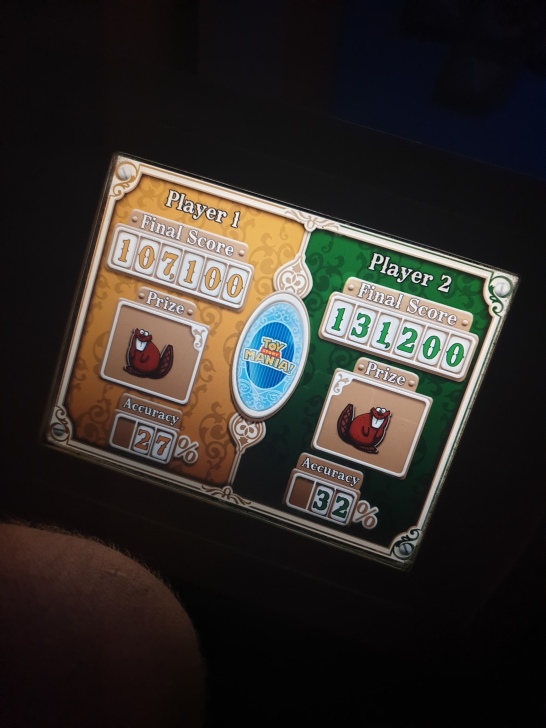 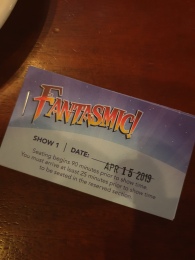 If you remember from my last post, we were having issues with the hotel we’d moved to. It was so bad (my brother had an encounter with bed bugs over the weekend) that we were moved back to the original place with a luxury villa that evening, hooray!

Say what you like about SeaWorld but they have some brilliant rides. I loved introducing the new ride, Mako, to my dad and brothers. We also did Infinity Falls and got absolutely soaked, after I insisted that “you don’t even get that wet”. 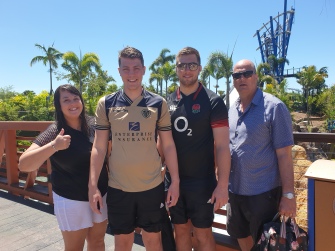 We went back on Mako twice, front row in the hopes of drying off, and I got an earful of profanities from Matt who was determined to not hold on the whole time. I tried and failed; I felt like I was going to fall out! Kraken is great but old and Journey to Atlantis hasn’t changed apart from they’ve stopped the Medusa animatronic working because apparently it’s too scary!

I was pleased to see the mime still going strong before the Clyde and Seamore show starts. I remember him from 7 years ago and he is still just as funny, messing with guests coming in and getting the audience going.

We finished off with the new penguin ride (I think it’s really cute but the boys thought it was crap) and Manta (another great ride but you feel like your head is going to explode).

Today. Was. So. Busy. We were really lucky that it was quieter last week because all the queue times were outrageous today. We watched the Shrek 4D show and wandered around, not really knowing what to do.

I went to get a Butterbeer and queued for the Hogwarts Express to Islands of Adventure on my own. It was a long queue but I’d never done it in this direction before and it’s a different experience while you’re on board. I’m enough of a Harry Potter fan that I didn’t mind the wait. While I waited for the others to join me I did the Ollivander experience (nearly got picked!) and bought my own wand. I was loving life! The boys came to find me and we did the Hogwarts ride again, my fave.

On our way out we queued for Skull Island: Reign of Kong. We made Thomas sit on the very end and he was absolutely terrified. We obviously helped by pushing him up to the side of the vehicle… his response was, “no, don’t, I’m gonna fall out!!!”. We finished off by riding The Hulk. We queued in the single rider line but Thomas, Dad and I got put together anyway, result! Then we had dinner at the Hard Rock Café. Where else?!

After a chilled morning, Dad, the boys and I went to one of the Disney water parks. We spent a while in the wave pool then Thomas, Dad and I did some rides.

Best moment: Dad fell off the edge of the raft as he tried to get in, in front of the whole queue. The Cast Member shouted “man down!” then asked the queue if anybody had got it on camera. I was crying with laughter at this point. Sorry for the painful reminder, Dad! Once we were all safely in the raft, going up the conveyor belt to the top of the slide, it then became apparent that Thomas had split his shorts getting into the same raft. It wasn’t until Dad looked down and got an eyeful that we realised… thankfully we didn’t have other people in with us!

After lunch, I spent the rest of the day in the lazy river and dozing on my sunbed. It was nice to have a relaxing day after lots of time in the parks.

In the evening, we went to Olive Garden for dinner and stopped off at the Krispy Kreme drive-thru for dessert. Yum!

We were up extremely early for a special breakfast at Be Our Guest. I tried for so long to get a reservation as I wanted Dad to experience it, as it’s his favourite film. Needless to say, he was very excited! It was incredible to see how they’ve bought the film to life and to see all the little details up close. 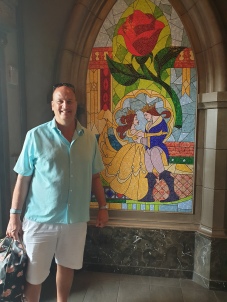 We saw Peter Pan walking round Fantasyland, did some rides (the boys were ecstatic to ride It’s a Small World… see below!) and the boys and I had a nap in the Hall of Presidents. My dad loves this show but after the early start I couldn’t keep my eyes open. We also went on the Liberty Belle ship and Matt literally got attacked by a random child who obviously wasn’t being watched by his guardians… he kept coming back to jump on him. It was so funny but random! 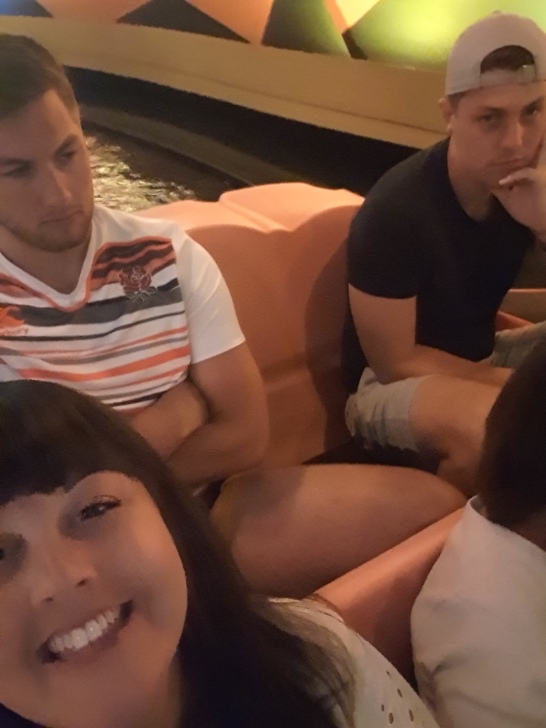 By this point we’d been in the Magic Kingdom for 5 hours and we still had ages until Happily Ever After. We left to play Winter Summerland mini golf and got to hole 11 before they closed due to lightning in the area. As we were waiting for the bus, an enormous storm broke out and we got drenched. A bus stop is futile when the rain is hammering in sideways!

We sheltered in the Contemporary hotel and had food while we waited for the storm to pass, then made our way back to the Magic Kingdom. I was delighted to see that the Rainy Day Parade had just started and I’d never seen it before! This is what happens when the weather stops the usual parade. We also looked round the shops and met Mickey and Minnie in their party outfits. I cried because there was a child in front of us who was really scared, but the characters were amazing and gave him loads of space until he was comfortable enough to have a photo and a hug! 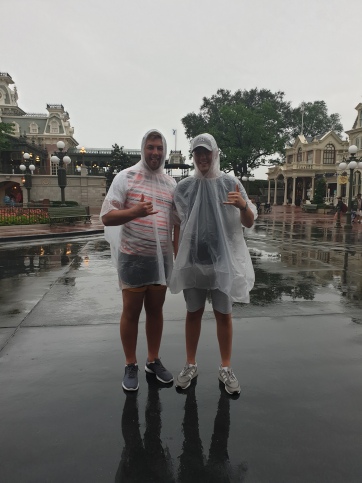 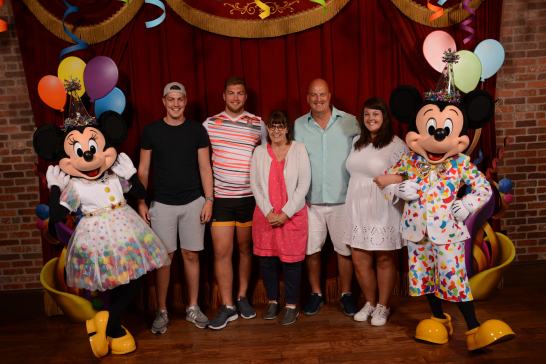 Thankfully the storm passed so the fireworks could go ahead that evening. I was so sad that this was the last time we would watch them together. 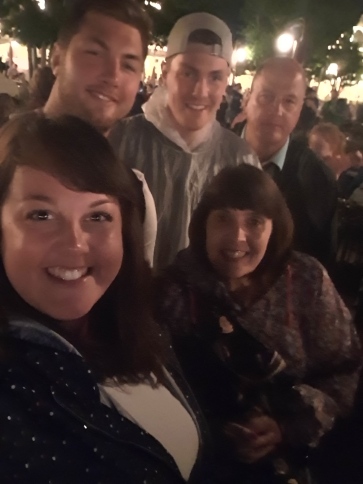 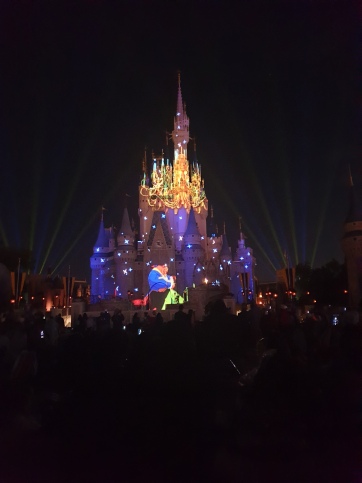 Just like that, we were all packed and ready to leave the villa. We stopped off at the outlets for a quick browse and some lunch, then I was saying goodbye to my family at my apartment.

We had the best 2 weeks and I felt so sad that they’ve gone. After looking forward to something for so long it was over in a flash, as usual. My next family visit is in 60 days though so I have something new to look forward to.