Monday was my longest day of training which I was nervous about. It was busy and I got pretty flustered at times but I got better as the day went on. I definitely felt more confident by Tuesday and Wednesday, though I can’t believe how quickly my training has gone. I had some lovely Guests on Wednesday night, and when I told them I was still training, they wished me luck for my test and told me I was ready for it!

I was up bright and early today. I had my written test at 9:30am before starting work. It was a pretty long test and took about an hour and a half to complete, about things I learned during my training and various revision classes.

During my shift, I had the practical part of my test where I had to serve a table of two managers. They also watched as I served the rest of the tables in my section to make sure I was adhering to the Disney standards and “circle of service” that we learn during our training. Once they had finished and left, I had a couple of hours of work left and I felt so relieved it was over and done with! At the end of my shift I had my feedback with one of the managers on my test table and, after having to show I can open a bottle of wine properly, was told I passed! 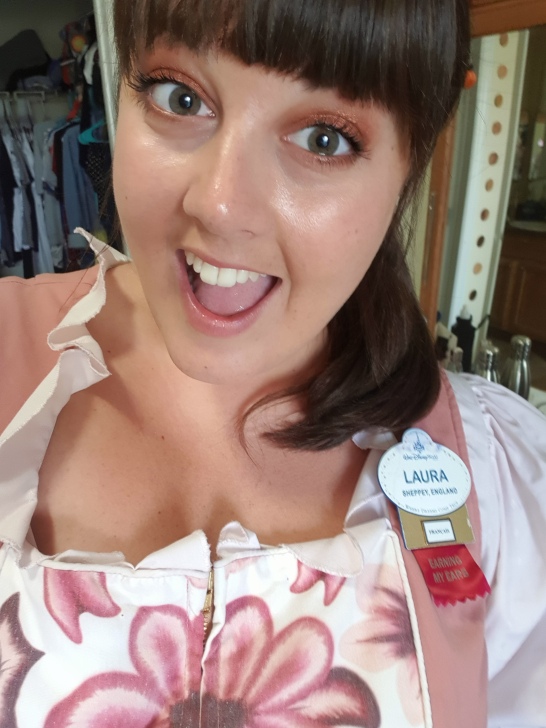 I came home, had dinner and fell asleep instantly because I was so tired from an intense week!

Chloe passed her test today, too! We had booked a staycay at Coronado Springs to celebrate and I was so looking forward to finally relaxing in another resort I’ve never stayed in before. It was also Red Nose Day so I had to wear the top my Mum sent me from the UK!

While I waited for Chloe to finish work, I got an Uber to the resort, checked in, found our room then had a little snooze in the sun by one of the pools. Once Chloe had arrived, we went for some cocktails next to the water and got a *little* bit merry! It was a beautiful evening with a stunning view. We had some dinner and on the way back to our room we saw the Happily Ever After fireworks from Magic Kingdom in the distance! We sat and watched those then went back to the room and watched a film before going to sleep. 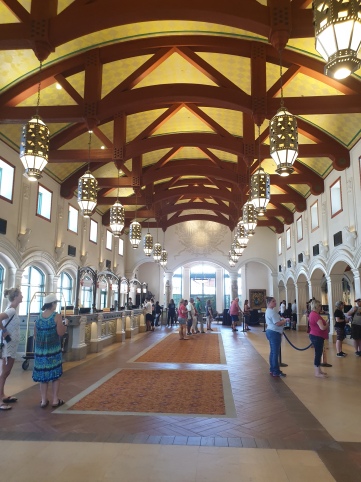 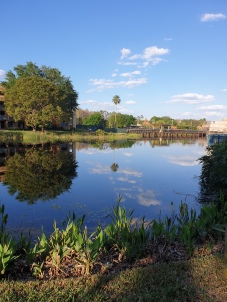 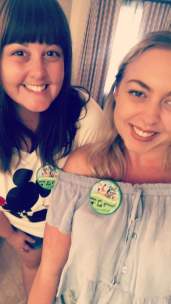 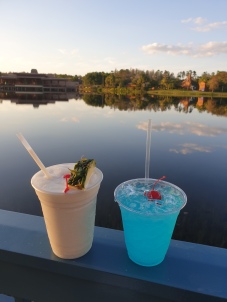 We had a quick breakfast and headed to the main pool for the day. After some sun bathing and swimming we had more cocktails (did I mention we were celebrating?) and lunch by the pool. I obviously also had to try out the water slide… unfortunately before I had a chance to put any sun cream on I fell asleep. You know what happens next. I was so annoyed at myself for getting burnt and I’m normally really good at putting cream on, even when it’s cloudy! A couple of hours later I was looking very similar to a lobster…

Chloe and I then decided to go to Magic Kingdom in the evening. We did some rides and watched Happily Ever After, of course! We ended the night by riding Space Mountain (I really hurt my throat by screaming so much… yep, that happened) and Haunted Mansion, where one of the Cast Members was so in character she really spooked us. It was so funny.

I was supposed to have my first server shift today. However, being St Patrick’s Day, it was due to be crazy busy and I was a bit nervous about it so I gave someone my shift which meant I had an extra day off.

I spent most of the day in bed because my shoulders were very painful from getting burnt yesterday and I wasn’t feeling great, so I caught up on my blog, did some tidying up and spoke to Matt.

It’s been a lovely, restful weekend celebrating becoming the newest servers of the Rose and Crown!