Even though I arrived in the USA on the 6th October, we officially started our program on the 8th so today marked our 3 month anniversary! To celebrate, Elin booked breakfast at Cape May Café at the Beach Club, where we stayed at Christmas. I was excited to go back but did feel really sad knowing that the last time I was there Matt was with me.

Breakfast was amazing. Some of our arrival group couldn’t make it but it was nice to do something to mark the occasion. Cape May is a character dining buffet; Minnie, Donald, Daisy and Goofy come round to your table while you eat. It was one of the best character dining experiences I’ve had so far- they spend so much time at each table making sure every Guest has a great interaction. 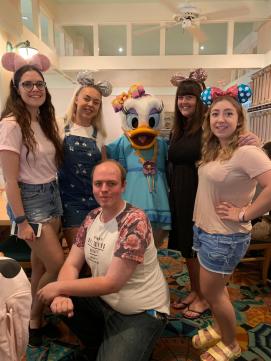 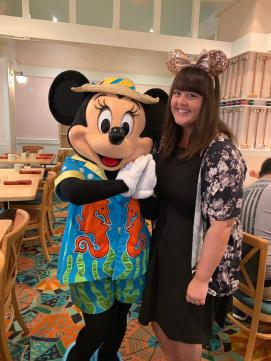 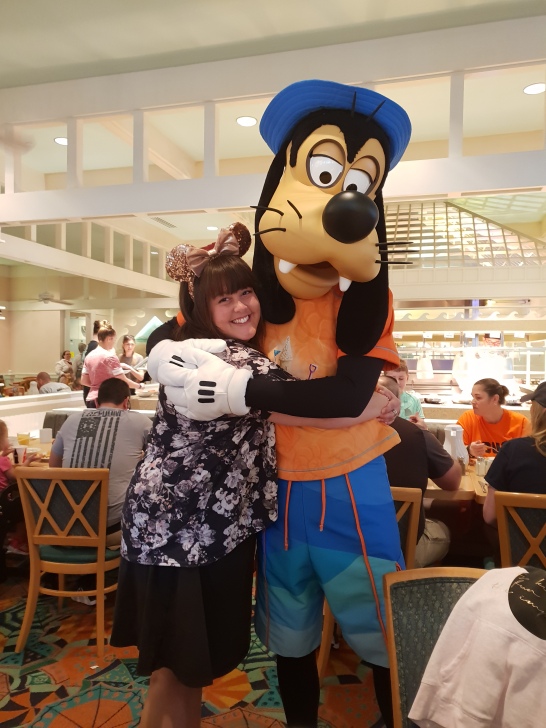 Favourite moment: Minnie and Daisy were fighting over Ben so he made Daisy a rose out of his napkin. She put it on her beak and proceeded to walk around the restaurant! She went to other tables with this rose balanced on her beak, having photos with it and everything. It was hilarious and we couldn’t stop laughing watching her! She tried making Donald jealous but he wasn’t paying any attention. So funny.

As well as the great characters, I was really impressed with the variety of food. It was a buffet so you can have as much as you want; they had an omelette station, loads of meat and veggie options, fruit, pastries, bread, pancakes and, of course, Mickey waffles! It was great. 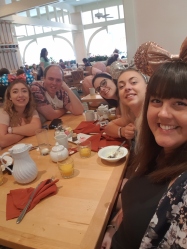 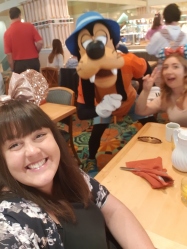 Feeling very full, we went into Epcot for a couple of hours after Chloe and Ben left for work. I had work in the afternoon so Emma, Elin and I took some photos in the UK Pav then went to see the manatees in The Seas.

I ended the day at work and I got to do Magic Moment again. It was a girl’s 13th birthday and her mum had got a card for us all to sign. I’m so glad I got to make it that little bit more special for them by getting her to start the fireworks!

After my first full week back at work I was exhausted and so ready for 2 days off. I had a great lay in, spoke to Matt for ages then Elin and I went to get pedicures! We were definitely in the ‘treat yo’self’ mood and when you’re spending every day on your feet for hours it’s definitely needed every now and then.

In the evening, Emma and Aaron came round and we ordered Dominos (what else?!). After feeling so sad in the week after Matt left it was definitely what I needed.

We had another breakfast booked for this morning, this time at Boma: Flavours of Africa in Animal Kingdom Lodge. Now the title of this post makes sense, right? It was another all-you-can-eat buffet (not character dining) but, as the name suggests, with African inspired dishes. I tried loads of new things like sweet fried plantain and other things I can’t remember the names of! Everything was so delicious, including the ‘Jungle Juice’ that comes with breakfast. We didn’t have Mickey waffles this time… we had Simba ones! 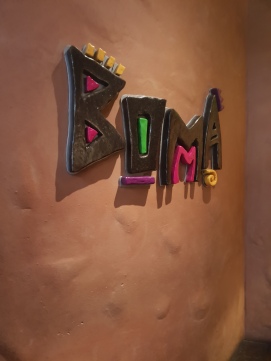 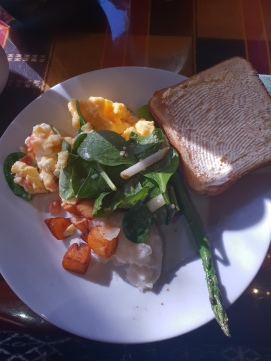 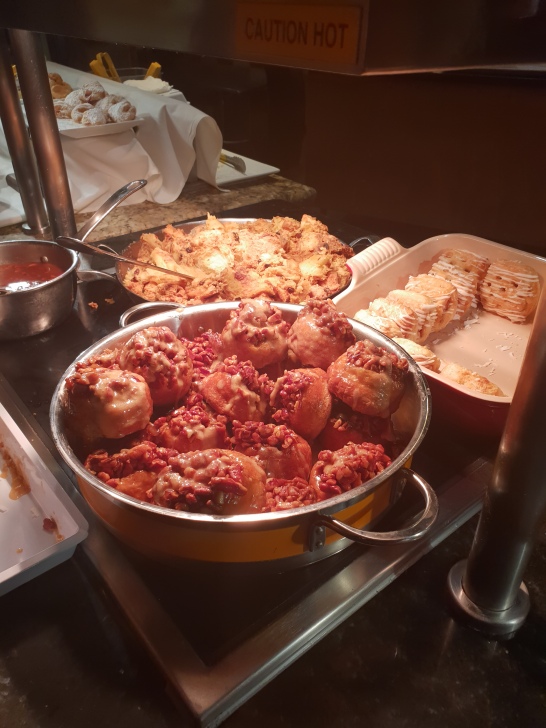 We looked around the resort then paid a very short but sweet visit to Animal Kingdom as we had a Fastpass for Avatar: Flight of Passage. We also rode Dinosaur and I bought the new purple Spirit Jersey that came out yesterday. I might have also bought the ears to match… purple is one of my favourite colours and they are just beautiful.

I came home, sat by the pool for a couple of hours then watched a film in the evening with Elin.

I was really sad on Saturday as it was my friend’s baby shower back home. She is due in February and I feel so bad and upset that I won’t be there when he is born… it’s big life events like this that make me feel so so far away.

It was also the runDisney Marathon Weekend so work was quite busy. On the Sunday it was the full marathon, which started at 5am and finished at 1pm. As I walked into work, runners were going by as the last mile was round the World Showcase in Epcot. I nearly cried several times, it’s so inspirational! A few runners stopped off at the chippy to get a beer as they did the last mile… that’s how you finish a marathon! We also cheered on a few of our friends who work in the UK Pav who were doing it… it was loads of fun!

It kind of made me miss running from when I did my half marathon… Matt brought my running shoes out so now I have no excuse. Watch this space…!